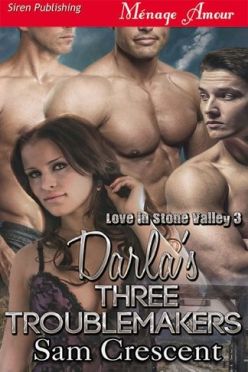 Isolde’s first space mission goes takes a wild turn when she misses her ride and has to hitch one with the most notorious aliens in the galaxy.

Alien General’s Bride is much larger than the first two books and has a number of edits that needed fixing. As a part of the Brion Brides series it lacks continuity when it comes to the characters, because in the first book, Alien Warrior’s Mate (Brion Brides #1) which is professed to be the prequel to Alien General’s Bride, Deliya finds her mate in Darien. Yet, according to Alien General’s Bride Deliya has no mate and it is the third book in the series begging the question, how much effort did Vi Voxley really put into her creation. I was genuinely disappointed in Alien General’s Bride because even though the story was longer the really was nothing that tied the three books together. Narath and Urenya (from Alien Warrior’s Wife (Brion Brides #2) were both in the story but again there was nothing to indicate they were a couple because they were never found together.

I usually tell you what I like about a book first, but to be honest I needed to time to really think about what I liked because I had stopped reading it several times, in favor of other books that were less disappointing than Alien General’s Bride. Thankfully, the time I took to think about what I really liked paid off because I can say the bedroom scenes were hot and steamy and the challenge between Diego and the monster was pretty awesome, but other than that I was bored. Between the edits and my overall disappointment, I am giving Alien General’s Bride one-star.

Even though I liked the blurb enough to purchase Alien General’s Bride, I think it could be better organized. The second part of the blurb would make more sense at the end, because where it is placed seems more like an interruption of the description or either that the author got distracted with the need to chase rabbits.

Book’s Blurb
**Nothing could have prepared her for the general…

Isolde Fenner had big dreams, but surprisingly enough, the universe was even bigger. Curvy and confident, she set out on her first intergalactic mission as a scientist from Earth, studying alien species. But she didn’t even get to step foot on her shuttle when everything was turned upside down. The most powerful man in the universe wanted her. Her. And despite knowing better, she wanted him too. No one says no to the general. But she can’t let him know that.

Diego Grothan is undefeated. Body, mind, soul – there is no one stronger than the Brion general, one of the most feared men in the universe. But even he finds himself on the brink of destruction when a human woman calls to him like nothing else. She is his. She simply doesn’t know it yet. Not only is it unthinkable to want a human, but it might just be the push his enemies need to come for him. But Diego Grothan is prepared. Always.

Thrust into intrigue, war and hunted by enemies hiding behind veils, Diego must prove himself not only to his new bride, but the galaxy at large. It is no easy feat, but he is, after all, undefeated…

Will Isolde give into the mouthwateringly hot and equally as ferocious alien general or will fate make the decision for her? 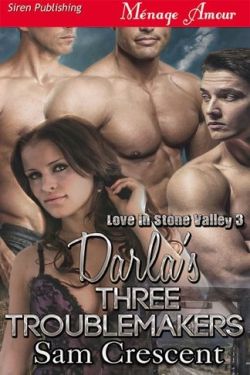 Why is that when you find a series where the first book is really great and the next thing you know your attacking the whole series. This was my epiphany when I started this book. And as I usually have more than one book going at once it is no wonder I am so behind in my writing but I am catching up.

The storyline had lots of potential but given that this book was so focused on Urenya and Narath that the world that the author is creating with her series seems pretty two dimensional unlike the three-dimensional series that Lauranne Dohner writes, in her New Species books not every scene has the main characters that are being focused on adding to dimension to the series.

The attention to detail in the cover is very much like the first book in the series.

Urenya has been conditioned to be the best version of herself. As a healer, she is held in high regard. As the closest friend of one of the most fearsome generals in the Brion armies, she has a delicate role to play. Not only must she be wise and with hands that can heal any harm, but she must also act as a moral compass when the bloodlust of great men around her drive them wild.
But where does that leave her desires? And what if she needs her own damn warrior to fight and bleed for her, instead of standing up for herself on her own all the time?

Narath knows one thing – any problem can be solved with a spear. And not just a spear, but a spear in his very capable hands. Battle has always been in his blood and he could have never imagined that it would not be enough… Until laying his eyes on the sexy, curvy healer of the Triumphant. After that, he wants nothing more to use a very different spear, but with the same intent – to solve a problem.

Will Narath and Urenya realize what fate has in store for them at the right time, or will war tear them apart before they can ever really taste happiness?

The Brion are a warrior race that reminds me of the Klingons with their honor and the desire for glory on the battle field. These Brion believe in fated mates and only the males are capable of recognizing their mates, so Deliya is reluctant to invest her time and heart in Darien since it appears that she is not his mate, I can’t blame her for that. But I am really glad she did let him into her room all the same because the steam coming of my tablet from the sexy bedroom scene, that took up several chapters, that was also almost a battle of wills as Darien got Deliya to admit her attraction.

I felt like the author, Vi Voxley, put a lot of thought into every detail of her story, from the snowy battle field of Antara to the valor squares that signify rank and are tied into the emotions of the warrior they are imbedded in. The was a great deal to really like and enjoy about this book and I am looking forward to reading this one, as well as the other books in the series, again at a later date.

I really love that the attention to detail that went into this book also went into the cover thank you for that. The only thing really missing is the representation of Deliya.

Deliya is one of the best of the best. An elite warrior, few things have ever phased her. She works hard and plays hard, all for the day when fates decide it’s time for her to meet her fated mate. But what if there’s one man in this blasted universe who just won’t stop getting under her skin? What if she can’t help but lust after him? Fates be damned, isn’t that what’s important?

Driven to always succeed, Darien is one of the commander’s chosen few. Above all his fellow warriors, he serves at the leisure of his general. But lately, someone else has been commanding his time… Mad with need to claim her sexy body as his own, Darien will not stop at anything in his quest to keep Deliya safe. And more importantly, as his own. Fates be damned, he will have that woman.

When death lurks behind every stone and in the hands of every enemy they encounter, can Darien and Deliya find their love, or will death claim them first?