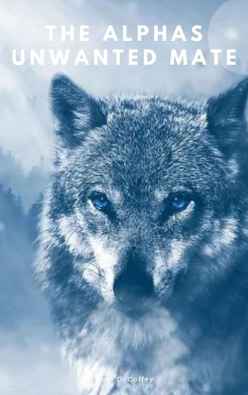 I came across The Alphas Unwanted Mate on Facebook and decided it was interesting but it was on Dreame, on of the rip off apps. So, I added it to my list of books to purchase when it becomes an e-book or book. Imagen my excitement when I found it on Amazon; but there are a few discrepancies between the Amazon version and the Dreame version that have me scratching my head.

The version I purchased on Amazon says the author is Jane D. Coffey and the blurb has the name of the main character wrong. The version on Dreame is apparently authored by Charlotte Stockdale and the blurb has the actual name of the main character. But the actual story based on the teaser from the Dreame version is identical to the version on Amazon. I suppose one of those author names is a penname and if that is the case then they created some confusion when I share this review. I am adding the link to the Dreame versions blurb so that you can also see what I am saying (https://www.dreame.com/novel/VZST7SZYMUvElRsdrchCrg%3D%3D-The-Alphas-Unwanted-Mate-(completed)-.html). I searched all over social media and could not find either potential author to see if they were connected, this has only added to my confusion as the author page on Amazon claimed that Jane Coffey has a Fb page and a twitter page neither of which I could find.

The Alphas Unwanted Mate has a potentially great story line but needs major editing especially the author’s notes, that do not belong in an actual book or e-book because they just slow down the pace and fluidity of the story line making it a real turn off. I had to take several breaks and read something else for a while. There was so much wrong with The Alphas Unwanted Mate that it overshadows the story line which is actually pretty good.

I did like the main characters but that is about all I can say about The Alphas Unwanted Mate at this time, if the story ever gets edited and someone lets me know so I can read the edited version then I will be happy to reevaluate my opinions of the story.

Blurb
The blurb needs some editing especially since the main characters name is Elle not Suzana. I am astounded that an author can butcher her own story making it unpalatable to readers. But with the question of who the author of The Alphas Unwanted Mate is and the editing issues, I really should not be surprised by the badly edited blurb

Book’s Blurb
Suzana, a sweet, charming wolf. Loved by everyone around her, no one could fault the beautiful wolf. That was until something tragic happened and immediately got blamed by everyone she knew ever knew. Everything around her changed. Only when the new family arrived to town her life would change again for the worst?…Or for the the better? Would her new found mate help change her life for the better or would he reject her for what had happened?