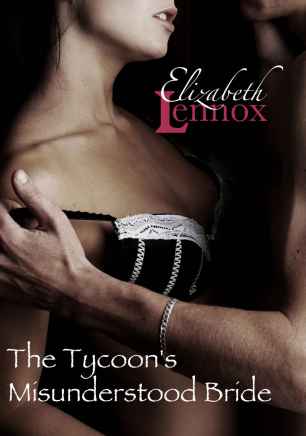 The Tycoon’s Misunderstood Bride does not seem like the right title for this story. For one Emma is not misunderstood, she is abused, there is a difference. Her father set things up in the hopes that the abuse would continue well after his death by portraying her as something she was not. Jason’s choice to believe those lies know what kind of man Emma’s father was, is on him and does not make her misunderstood, it does make her ignored since Jason wouldn’t even really listen or believe until after he cashed in on her V-card.

The Tycoon’s Misunderstood Bride starts out really slow and I was tempted on numerous occasions to skip ahead, which I did just to see if the story picked up at all. At this point I am of a mind that no book should ever start off at a funeral. I am rather surprised that I read the book from start to finish.

The Tycoon’s Misunderstood Bride reminded me of another book of a similar nature, called Unwanted Wife by Natasha Anders. I loved Unwanted Wife but I am having trouble deciding what if anything I liked about this story. Don’t get me wrong, I love Elizabeth Lennox’s other books but for what ever reason this one left me wanting. Unwanted Wife left me in tears on more than one occasion while The Tycoon’s Misunderstood Bride just left feeling nothing but eager to get through so I can find another book.

The story line itself was just okay at best but when you throw in the edits, the gender confusion and inconsistencies it really left me cold and the only thing left is to give The Tycoon’s Misunderstood Bride a one-star rating which is truly sad given how much I like other Elizabeth Lennox stories.

Book Cover Rating
The cover does imply steamy bits but there wasn’t much steam to justify such a cover.

Book’s Blurb
Emotionally abused all her life by a domineering father, Emma thought she might have a shot at happiness after his death. But then she heard the terms of his will! She must marry Jason Montenegro and give birth to a son. Only then would he give her the location of her mother – a woman who Emma thought had abandoned her at the age of five, only to find out that she had been fighting for custody all these years. Jason was livid that Emma’s father had information about his past and wouldn’t divulge the answer until he married Emma – a woman whose reputation was worse than his own. And he had to produce a child with this woman? So be it! He’d do anything to get that information, even marry a woman who had apparently slept with any man that crossed her path. But as he got to know the gentle beauty, he discovered that she was nothing like her father. She was kind and sweet, generous to a fault. And he was falling in love with his enemy’s daughter!

Sophie Randal loves her husband Jason more than anything. When her bitch step-sister tells her that Jason only married her out of pity, she leaves before he can’t her worse when he leaves. When he tracks her down and drags her home, she decides she is going to find and do everything in her power to make him fall in love with her. But her step-sister wants Jason’s money and step-mommy dearest will do whatever she can to put wedge between the couple. Good thing Jason refuses to let Sophie go.

I read this book a while back and when I saw it in my library, I just couldn’t help myself. I know I have my oversized reading list but I have been dying to read an Elizabeth Lennox book again, so here we are.

I really love this story but unfortunately the star rating won’t be showing that today with all the inconsistency I came across as I read. Funny thing though, I don’t remember all those editing issues the first two times I read this book hmmm. So now I have a few questions I need answered like how can Sophie be walking around a room when she just sat down? Why did she say she can’t drive when at the beginning she was in possession of a work truck and working alone? And what is the name of the Randal’s driver Tim or Michael? There a few typos and Jason even had a brief sex change and some missing quotation marks. Please, don’t get me wrong, I do like The Billionaire’s Runaway Bride but I think that Elizabeth could do better in the editing department.

Book Cover Rating
The cover is nice but Sophie has red hair so explain how the bomb bombshell fits into The Billionaire’s Runaway Bride.

Book’s Blurb
Sophie Randal had loved her husband, but had to run away from him. He was simply too wonderful and she loved him too much. Unfortunately, she knew that he’d married her only out of pity after her father died and her heart ached to be so in love with a man who barely tolerated her.

She just forgot one little detail about her husband. He didn’t like to lose. Anything.

Jason Randal had searched everywhere for Sophie after she’d left him. He couldn’t believe it when he found her in a tiny village working as a gardener! Bringing her back was easy enough. The real challenge was showing her that he loved her.

Could Sophie trust in herself and Jason’s love? Was she strong enough to be the woman he saw underneath her shy exterior? She certainly wanted to try!