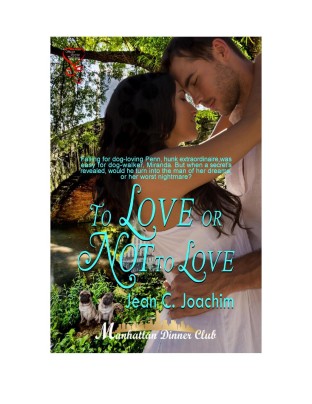 Miranda Bradford has a hectic life with the care of her ill mother, her sister in college, her play to finish and her dog’s to walk. Where does she have time for am man and besides they just run for the hills when they find out her time is limited and not always available to them. That is until one of her dogs runs over Penn Roberts during a squirrel chase.

Penn Roberts is determined to build his “tribute”, thinking he needs to live up to his deceased father’s beliefs no matter the cost. Meeting Miranda turns his world upside down forcing him to question what really matters. Will it be worth what he stands to lose?

I can’t believe I am done with this book. It started out at a pretty slow pace I thought for sure I would be putting this book down to read another one to take a break. Boy was I wrong because the next thing I know I am done (NOOOOOOO). Then I went to take a look at the notes that I right for my reviews and discovered that I had only made three notes for this book so I had to go back and see why this was and all I can say is this is such a well written and thought out book that I got so into it that note taking went right out the window.

You can tell that the author to great care in writing this book in that there were no signs of missing words or sentences that didn’t fit or make makes sense. The only thing I found in reading this book was one inconsistency where Alfred somehow became Arthur but that was all.

Out of curiosity I want to know if this book was part of a series and it turns out it is, so I must read the other three books I found which means that yes I will undoubted be reading this book again. Great writing Jean C. Joachim I really enjoyed this book and look forward to reading more of your work.

Books Blurb
Miranda Bradford had given up on men. Weighed down by family “baggage”: a sick mother and a sister in design school, Miranda had become the responsible one. An aspiring playwright, she walked dogs to put food on the table. Not available for “over-night” dates, she was stamped “undesirable” by most men, despite her good looks. Until Penn Roberts came along.

Drawn to her by a mutual love of dogs and laughter, he moved in quickly on the sexy, dark-haired beauty with the magnetic blue eyes. Attracted to him by his outward qualities, it was his loneliness and caring attitude that turned heavy-duty chemistry into love.

A secret revealed soured her love to hate, or did it? Hope for affection, so long dormant, had buoyed her heart. But the truth had destroyed her dreams, leaving her bitter. Betrayal forced her to face her true feelings and make a decision whether TO LOVE OR NOT TO LOVE. 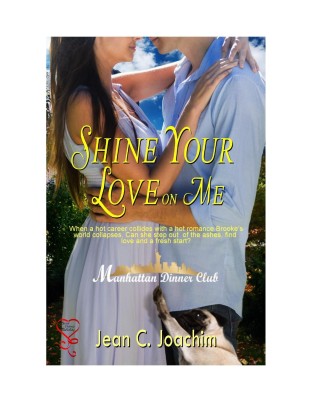 Brooke thought her life was going in the direction she wanted it going when betrayal leads to life altering changes. With her Grandmother’s help she reconnects with her deceased parents and what they believed and how they lived and find love with Pres the Dog Walker.

Pres thinks the shallow, corporate driven Brooke looks down on him, but he don’t care he just wants her in his bed. When a number of encounters prove to him that she has more layers than he thought she had, he not only wants her in his bed but also in his apartment and in his life. With his career just taking off, will he be able to convince Brooke to stick with him for the long haul.

I found the first couple of chapters bordering on boring but it did improve and get better and better as the story progressed. I really liked Pres from the beginning but Brooke took a little time to grow on me and I felt so bad for her when she was going through all that stuff while Pres was away but she really showed how strong she could be when things got incredibly tough and that impressed me. The bedroom scenes were a bit more mundane when compared to the sequel, To Love or Not to Love, but still romantic and believable. Over all, the story was well written and well worth the time it took to read it even with the minor edits needed

Book Cover Rating
I really like the book cover; it fits the fact that this story is really sweet.

Book Blurb Rating
The Books Blurb however left little to be desired. It sole focus was on Brooke and Lloyd. Where is Pres? Isn’t this story about Pres AND Brooke or is it about Lloyd and Brooke?

Books Blurb
Brooke Felson had a hot career on Madison Avenue, hot boyfriend and a place near Central Park. She lived the good life until, piece-by-piece, her world collapsed. Determined not to be like her hippie parents who died young, Brooke had embraced the corporate world, including a steamy affair with her sexy, single boss, Lloyd. But when a jealous client demands staff changes, Lloyd turns his back on Brooke. Her carefully constructed existence begins to crumb like stale bread.

Her change in fortune derailed her plans for success. With everything she believed in stripped away, where does she find a fresh start? Shattered and rootless, she turned to her grandmother and the Monday Night Dinner Club for support. Can her friends, plus a group of sassy seniors, and a handsome writer guide her to a new path? Will grandmotherly wisdom help her find real love and rebuild her life?