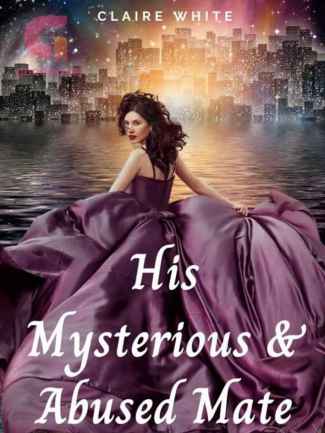 I saw His Mysterious & Abused Mate on my Facebook news stream. I wrote down the title and author, in the hopes I would find the story on Amazon or some other online spot that I purchase books from, because it was a GoodNovel post and I am not a fan of the scam apps.

The Night Howler pack’s Alpha has a grudge against humans and decided to take it out on a human child that he purchased from another Alpha. Only she isn’t what she appears to be and if he had only listened, he might have saved her and his son a lot of pain and suffering. Thankfully his Luna had the good sense to ignore his stupidity. I liked the characters, there were well thought out and written, even the old Alpha.

His Mysterious & Abused Mate’s does need some more editing and hopefully when it appears on Amazon or other e-book store it will have been edited other than that, the blurb and the cover I really have no complaints about the storyline or characters.

Book Cover
This cover doesn’t match the story line at all, it looks like the covers to the books my mom used to read when I was a kid (and just to add reference to that, I am 53).

Blurb Rating
The blurb needs some editing and the questions at the end of the book give more away than the actual blurb and are really not needed with a good blurb.

Book’s Blurb
Ruby is a simple girl who lost her parents at the age of 10, she was told that she was sold by her parents. However, she knew that her parents were killed because she felt her link to her parents break, she was the daughter of King Trent and Queen Geema from the Silver Moon Coven. Her parents belonged to the most powerful line of witches, however, fate has played a game with her as she was a smiple human girl without any powers. She still had a link to her coven which was broken by an Alpha and she was sold as a slave to the Night Howlers pack where she treated like trash and abused by the pack members. She only wished to get out of the pack and spend her in life in peace.

Jared is the next in line Alpha of the Night Howlers pack, he worked hard to become the Alpha his father wanted him to become because he believes that it’s his legacy to take over the pack and protect them. He wishes to meet his mate and he does, he felt like he has won a jackpot even if his mate was a simple human girl. However, he has to choose between his father and mate, he decides to fulfil his responsibility as the Alpha and rejects his mate, but he regrets it as soon as he finds out what his precious mate had gone through.

What happens when fate puts these two souls together?

Is Ruby really the simple human girl she is or is there a mystery behind?

Will she find out the truth about her parent’s death?

Can Jared win his mate back and earn her forgiveness?